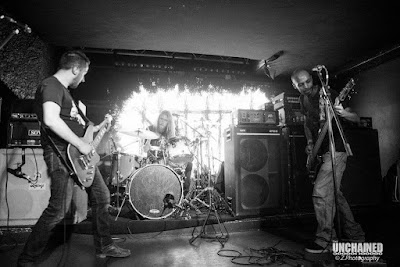 "As I listened to this debut album by the French band Malemort I asked myself a question I’ve asked before — though to be clear, I haven’t heard many records in the league of this one: Why do our minds and emotions make such deep connections with music that’s so convincingly calamitous, so mercilessly stripped of hope, so sodden with misery and soaked in blood, so cataclysmically heavy, so frighteningly violent?
(...)
I don’t know. I’m no psychologist. I only know what I feel, and for fuck’s sake I’ll just say it up front — this album is the most stunningly powerful, staggeringly horrific, blindingly apocalyptic doom album I’ve heard this year, and it has few peers in any year.
Whether the first time through, or the second time, this is a rare experience. I didn’t realize how rare even when we premiered the album’s closing track in June. I described it then as a twelve-and-a-half-minute doom monolith that earns the title it bears (“State of Collapse”), a vast and stunningly heavy crusher that brings to mind visions of humankind’s most vaunted creations disintegrating into mountainous piles of smoking rubble, a song that heaves and lurches with the weight of catastrophe on its back, leaving a trail of decay and despondency in its wake, and then moves forward like a titanic juggernaut, its destructiveness intensifying, the lead guitar vibrating like a ferocious and fearsome poltergeist, and the mammoth drum strikes and bass notes becoming more animated and even more purposefully bone-breaking.

But I hadn’t heard the other three tracks back then, and now I have.

I didn’t fully realize how splintering the experience of the whole album is, and now I do.

No Clean Singing premiering 'State of Collapse' from June 26, 2017 here. 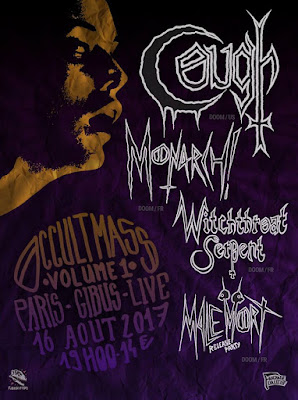 Our debut album will be released through Prison Tatt Records (USA) on August 16th 2017.
Available on 100 copies limited edition for a loud and amazing Paris release show. 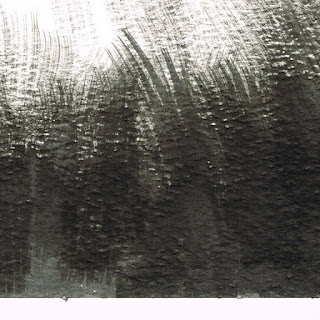